The Kindle Fire HDX is a logical improvement over the Kindle Fire HD, released last year by Amazon. With new features, added usability, and some fine tuning of previously lackluster features this Kindle Fire HDX review finds that the newest incarnation of Amazon’s a huge step up from the previous model, both in the screen and in functionality. The Amazon Kindle Fire HDXoffers users who aren’t interested in Apple or Android products a new and different option. With a completely different look and feel, the Kindle Fire HDX appeals to a wide demographic of users. 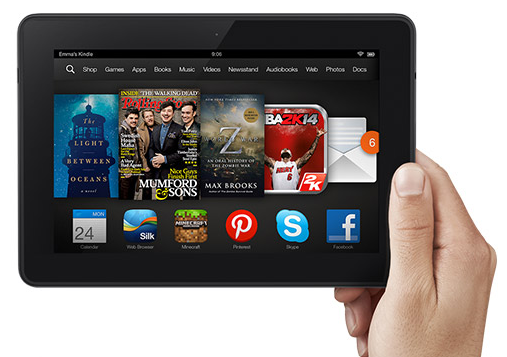 The Fire HDX has an impressive range of specs, which lend themselves well to the features offered by the device. The specs on the HDX are similar or better than the specs that are commonly seen on more expensive tablets.

The carousel on Amaazon’s Kindle HDX is a feature that can not be found on any other tablet to date. The carousel features ensures the most used apps remain at the top of the spinner to ensure easy access. For example; if you are utilizing your bank’s app on your Fire HDX on a daily basis, it will always remain on top so you can access it quickly, without scrolling through multiple pages of less used applications. You can remove apps as you see fit, and apps you’ve opened recently will always remain as the first app on the carousel when turning the kindle back on. The intuitive styling of the carousel makes the HDX a good tablet for beginners or kids who simply want to get into the applications they most commonly utilize.

Claim your $30 off today Here

The Kindle was first imagined as an e-reader, as Amazon is the largest book seller on the market, at the moment. The Kindle Fire HDX takes it a step further by allowing multiple applications to be used on the tablet, but the Kindle’s original form is not lost. Text-To-Speech allows any English language text to be spoken, including books. Especially useful for children, any book can be turned into an “audio” book and webpages can be read allowed. Kindle’s text-to-speech recognition is better than most other competitors and offers and immersive experience for new readers and avid readers who find tired eyes prevent them from truly enjoying the experience.

Many Amazon Fire HDX reviews have touched on all the fixed aspects of the Fire, without touching on the newest features from the tablet. The newest incarnation of the Kindle Fire offers up mirror screens, a feature that allows users to turn their television into their tablet screen. The fire allows users to mirror their screen for easier sharing of photos, data files and important documents. the HDX also offers up a feature that allows users to push movies and television shows from their tablet onto the TV. This push frees up the tablet for checking e-mail while still watching the show or movie you began. Televisions, however, must be enabled for this feature. 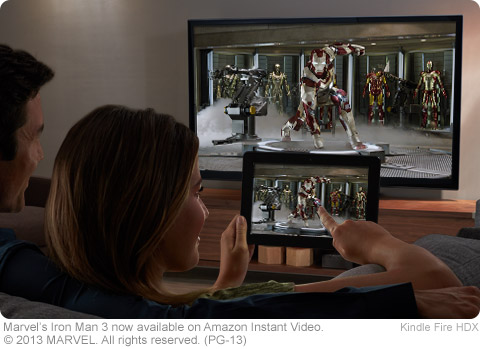 The Kindle Fire HDX comes in two model types, one that offers up only WiFi access, which means the user must be close to a wireless hotspot to get full functionality, and one that offers 3G access via either Verizon or AT&T. Access through 3G requires a monthly bill,however, is especially useful to those who are looking to use their tablet on the go. 3G access is not available through Sprint or T-mobile at this time.

This Amazon Kindle Fire HDX review finds that the newest incarnation from Amazon offers a great deal of bang for its buck. Coming in cheaper than other high-end tablets, the Fire HDX offers an all around good tablet experience. While app support is lacking, new apps are being added daily, and will continue to be added for the foreseeable future. The browsing options on the HDX have improved significantly as well, and the Kindle application for e-books can not be beat. As an added bonus Fire HDX users are treated to discounts on new releases, and free Kindle books on a regular basis. The Kindle Fire HDX is perfect for avid readers who also want versatility in their tablet.

Valentine’s Day Gift Ideas for Your Boyfriend: Kindle the Love!

The Best 2019 eReaders on the Market: What and How?