Hello reading friends!  It’s been ages since we shared a literary cup of tea, hasn’t it?  I’ve missed all of you!  It’s been quite a winter–unless you live in central Indiana.  Here it’s been a colossal disappointment, to be honest.  We have had less than six inches of snow all winter, which means that it’s been cold for no good reason! 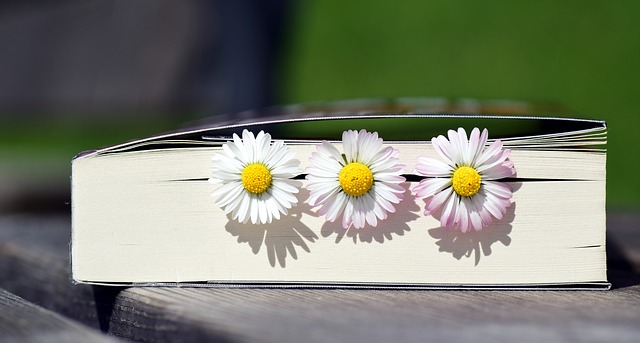 I’ve tried to use my time to keep up with the latest releases and good books, and now that the weather is warming up I feel like it’s time to find some of the Kindle Best Books for Spring!  Here are just a few of my favorites…

Notes from a Blue Bike: The Art of Living Intentionally in a Chaotic World 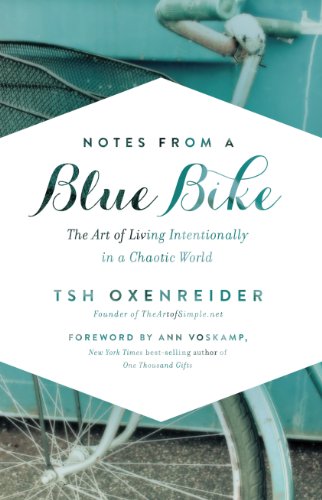 Tsh Oxenrider knows that we live in a loud, chaotic world, and that sometimes just making little changes can help us realign our values and passions.  Follow Tsh and her husband as they travel the world with their children, seeking simplicity and grace and all things creative, and find themselves somewhere along the journey. 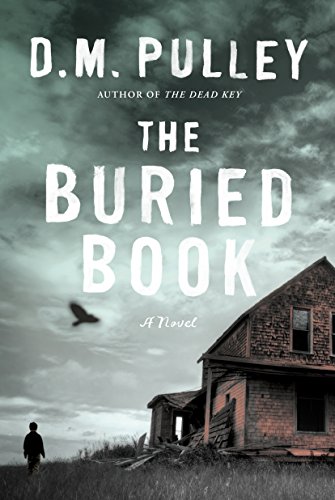 Nine year old Jasper has been abandoned by his mother at his uncle’s farm, with nothing but a Bible and a change of clothes.  When it becomes quickly apparent that he is not wanted, Jasper sets out on a journey to find his mother that will take him from the farm to the very dregs of Detroit and back again.

Along the way he discovers the secret that has his mother on the run…and now it’s chasing him too.

The White Queen: A Novel (The Plantagenet and Tudor Novels) 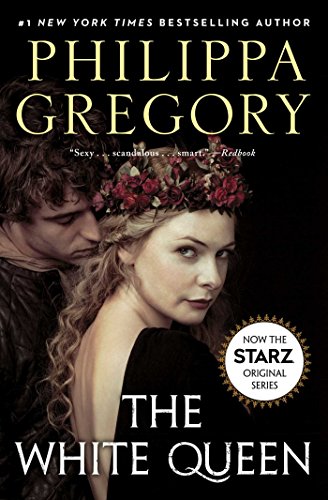 If you are a lover of British history, then you are no doubt familiar with the works of Philippa Gregory.  The White Queen tells the story of Elizabeth Woodville, a commoner who rises from nothing to become the Queen of England…and change the course of English history forever.

Filled with historical facts and ripe with intrigue, this book has become the basis for a critically acclaimed STARZ miniseries, and is a New York Times bestseller.

The Things We Knew 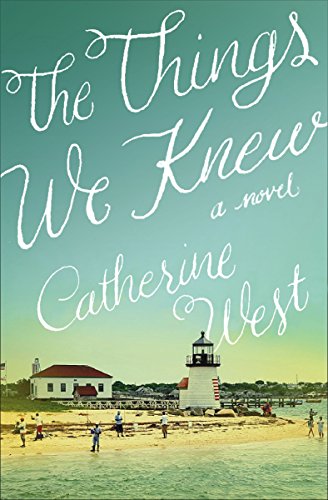 Since the death of her mother 12 years ago, Lynette Carlisle has struggled to care for her father while her four siblings were off pursuing their own lives.  When it becomes evident that the only option is to sell the family home, Lynette summons her siblings…and their issues…for a family meeting.

What they find will be so much more…but will it be enough to repair their damaged family relationships? 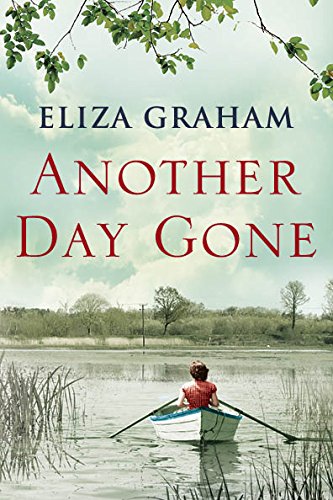 It is 1939, and the world is on the brink of war.  In Coventry, a terrorist bomb had exploded on a busy street and there are multiple casualties.  A man is hanged on the testimony of a witness…who later isn’t sure that what she “remembered” was accurate.

Sixty years later, Sara returns to England and begins the painful process of finding out what really happened that day…and if she was responsible for hanging the wrong man. 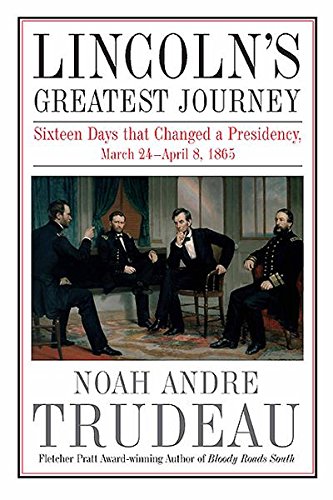 We are living in a time of great political turmoil here in the United States…but this is not the first time in our history that we’ve been here.  In 1865, Abraham Lincoln was president of a country that had been attempting to destroy itself from the inside out for the past several years.  The war has ended but the fight has just begun…and President Lincoln doesn’t know if he can do it.

He takes a short sabbatical of sorts to City Point, Virgina to make peace with what has happened and try to renew his spirit for the journey ahead.  This trip has been largely shrouded in mystery, but now author Noah Trudeau provides us with an in-depth look at what really happened during those 16 days…and whether they altered the course of history forever.

Where Are They Buried?: How Did They Die? Fitting Ends and Final Resting Places of the Famous, Infamous, and Noteworthy

If you love cemeteries, famous people and all things geek, than you’ll love this book.  Replete with stories of the rich and famous, how they died and where they now rest, you’ll love being able to track them literally to the grave.  Complete with maps, directions and a handy index of grave locations to make your cemetery-chasing vacation a good one.

Running on Red Dog Road: And Other Perils of an Appalachian Childhood 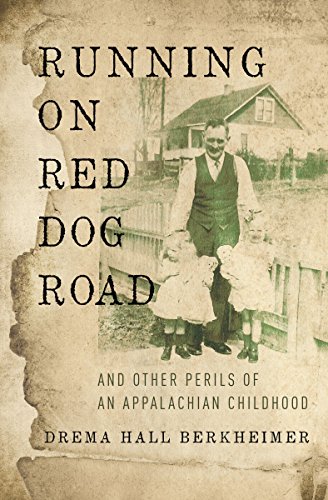 Appalachia in the 1940’s was defined by two things…coal mines and poverty.  This is the heartwarming story of one young girl’s struggle to not just survive but thrive in an environment that included snake handlers, hobos and gypsies…as well as a whole lot of love and Jesus. 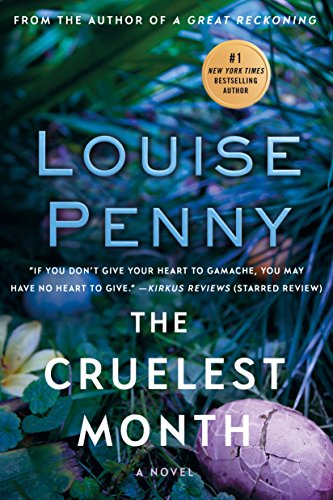 There’s nothing more appropriate for Spring reading than a good ghost story set in…Spring!  When the villagers of Three Pines set out to celebrate Easter with a seance, one of their attendees dies of fright right in the middle…or was it assisted by supernatural forces?

Chief Inspector Armand Gamache is called in to solve the case…and finds that if he’s to truly bring the killer to justice he’ll have to face the ghosts in his own past first.

Authentic Mexican: Regional Cooking from the Heart of Mexico 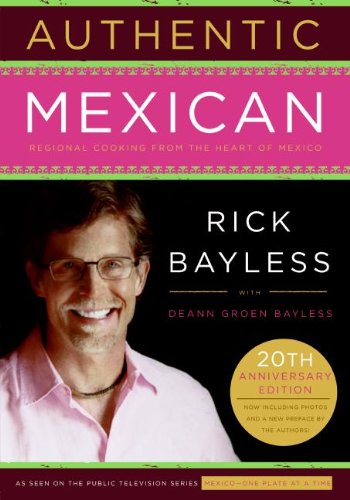 If you don’t like tacos, I’m afraid we just can’t be friends.  If you do, then this cookbook is the perfect thing to jump start your Spring cooking!

Author Rick Bayless and his wife bring us the recipes, cuisine and culture that makes our neighbor to the south so endearing.  Recipes, photos, anecdotes and cooking tips make this a must-have for anyone who loves Mexican cuisine.

There you have it, friends!  Our top ten Kindle Best Books for Spring! Tell us in the comments below which ones caught your attention…and let us know if there were some that we missed!  And while you’re at it, tell us how you are doing–we’ve missed you!