Instead of waiting for CES 2014, Acer announced two new budget tablets that will be launched this year, the Iconia B1-270 and the larger screen model is the A1-830. Some tech authorities are calling the A1-830 a great budget alternative to the iPad Mini, but do the features really stack up?

The first is an updated version of the Iconia B1 model the B1-270. The upgrades include, double the RAM, which is now at 1GB, more storage at 16GB and a better processor with the Mediatek dual core.

Another interesting development is the Acer B1-270 is designed using One Glass Solution technology that Acer promises will make the tablet thinner, and the 7î display brighter.

The price will be $129.99, which is pretty low, allowing most anyone to afford a tablet of their very own.

This Android tablet will run Android 4.2.1 Jelly Bean and will have 1GB of RAM.

A larger budget model announced by Acer is the A1-830, and it is bigger and more powerful too and will, of course, cost a little more, but with a $20 difference between the two model, this one might be a no brainer. 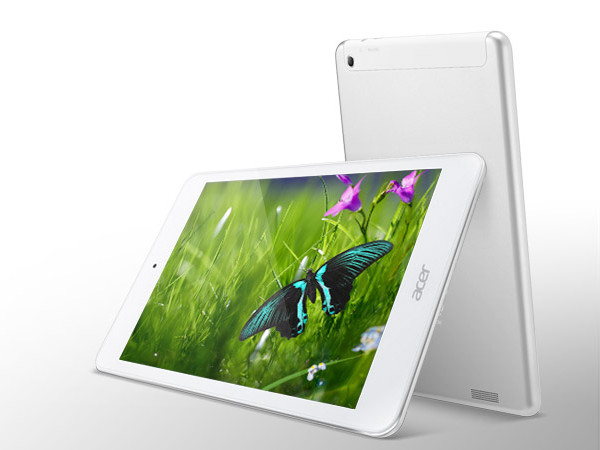 The screen is 7.9″ with a fairly low grade resolution of 1024 x 768. The tablet will run on Android Jelly Bean 4.2.1 (an older version) and feature the Intel Atom Z2560 Clover Trail processor. Surprisingly the RAM is the same at 1GB as the B1-270, as well as, the 16GB of storage. The casing is upgraded however with an aluminum finish.

Of course, the features are not that impressive, but when you consider the $149 price tag, it’s not too bad and will allow people on any budget to afford one.

Hands-on with Acer’s Iconia A1-830 tablet. Acer’s been quick to make its immediate plans for the new year known, including the impending release of its refre…

For a tablet that costs less than $150 it sure looks great! The sleek and stylish aluminum casing on the back gives it a very modern and expensive look. It’s got a nice large screen, but from the video it looked very thin and easy to handle.

The B1-270 also looks great, you can tell in the video that the screen resolution is not as great as the 830 model, but for a tablet that costs less than $130 it’s a great deal. The performance was certainly nice too, with fast scrolling on the touch screen.

Acer is showing off two new tablets at CES 2014, but the iPad mini-like A1–830 looks like the much better value.

Laptop MAg is billing this tablet as a great budget alternative to the iPad Mini. Probably it will be, though the features are not very comparable. But, Laptop Mag reports that the high def display on the A1-830 is the same as the Mini and since it’s IPS wide viewing angles will not be a problem.

Acer has revealed a new Iconia A1–830 tablet with an Intel processor and iPad Mini-like design coming in at 7.9-inches. Starting at $149.

Acer has been focusing on bringing some low budget tablets to the market. It has been smart selecting Intel processor instead of ARM ones to expand its market presence.

Get the Best Out of these Great Reads From Kindle