MWC 2014 Day 4 tablet news brings us to a close to another exciting Mobile World Congress. This was an exciting event, with many new mobile devices announced that are sure to excite users who love their gadgets. While this year’s biggest mobile gadget show wraps up we can finally take a breathe and think about all the great announcements of the devices we can look forward to in 2014, including those great tablets from Lenovo, Sony, HP and Huawei. 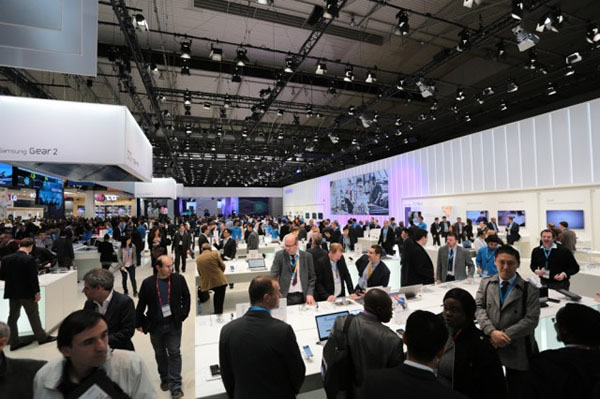 Lenovo announced the new Yoga 10 HD+ that improves on the original Yoga model with some great new features. Consumers can look forward to a large 10.1 display and a whipping 18 our battery life, which is quite impressive for a tablet. The DOit feature on the Yoga is sure to excite the mobile market as well with three apps to share, secure and sync the tablet.

Sony is seeing a good initial response to the launch of its Xperia Z2 Tablet and it’s already being considered the most lightweight and slimmest tablet available. Itís super tough and waterproof with a powerful processor, the Snapdragon 801 with 2.3GHz quad-core Krait CPU and an Adreno 330GPU.

HP made a showing at the MWC 2014 show with the announcement of two new tablets, the ElitePad 1000 G2 and the MediaPad 600 G1 both running Android and a new phablet The Slate VoiceTab. The ElitePad is geared towards business users with a set of features to further that end. The ElitePad also offers high end audio with the DTS Sound+ system and 2 built-in stereo speakers.

The HP Slate VoiceTab phablet is a first of its kind for HP, and will give users two new models, one a 6″ and one a 7″ display. These models are not yet slated for sales in the US, as it seems that HP will test the market overseas before delving into the domestic side.

And, finally in our MWC 2014 day 4 tablet news coverage we wrap up with the launches from Huawei of the MediaPad M1 tablet and X1 Phablet.

Mobile consumers can look forward to eliminating one device from their pocket because of the MediaPad X1 is a 7″ phablet, which combines a tablet and phone into one simple mobile gadget. It has LTE connectivity and is Cat4-enabled. The one feature that is sure to captivate the consumer is the 5000 mAh battery that Huawei says will deliver 21 days of standby time and more than 5 days of continues use and reverse charging, which is certainly impressive and will surely be a great selling point for this model.

The MediaPad M1 is a tablet with a large 8″ 800 x 1280 HD IPS multi-touch capacitive display. With a quad core processor as well as a battery that offers 8 hours of video playback on one charge, the MediaPad M1 will surely be a big contender in the tablet market in 2014.

We hope you enjoyed all the news from MWC 2014 day 4 and we are looking forward to all the great release of tablets coming from these major brands.

Mobile World Congress 2014 report card: who made the grade?

There’s also the Gear Fit, which is a sleek, good-looking device that adds more variety to Samsung’s watch lineup; given its attractive design, curved AMOLED display and simple emphasis on fitness and notifications, we have a feeling it will be a success.

Nothing Sony announced this year would be considered a groundbreaking achievement, but the company came to MWC with a powerful trio of devices: the new flagship Xperia Z2, which comes with the best specs you can get in an Android phone; the waterproof Xperia Z2 tablet, which is actually thinner and lighter than the iPad Air

Interesting that Engadget gave Sony a grade of B, noting that nothing groundbreaking was announced. LG also received a grade of B, I guess that the reps from Engadget were not that impressed with any of the new products from that brand. While they gave Huawei a B, they do agree that they did show the most varied lineup of products of the entire show.

The only brand that got an A, and it was an A- was Samsung and this was mostly due to the unveiling of three new smartwatches. They note that the grade reflects Samsung’s attention to consumer needs in creating three new watches that will appeal to a wider consumer market, addressing customer needs and complaints quickly, as well as, a fast turnaround time of only five months in improving on their hardware.

Overall, there were a lot of C grades for other major brands. And, I guess it is hard to impress the geeks at Engagdet, since the show itself only rated a B.

The GSMA’s Mobile World Congress, held in Barcelona each year, is the largest mobile industry conference in the world. There are photos of the most exciting upcoming products, booth babes, silicon wafers — and probably a few too many of yours truly as well.

The best of the best from the Mobile World Congress 2014 show in Barcelona. … This slim band is a smartwatch and fitness tracker in one, which will wrap unobtrusively round your wrist while measuring your heart rate, keeping you up to date with incoming calls, messages and notifications, and letting you control your phone’s … We can’t wait to get our hands on a phone with the new chip to see how it stacks up against the latest SOCs from ARM and Qualcomm. Read more …

I feel a little lost that MWC 2014 was over. Properly, Tablet has hit the “peak” as user demand and growth in 2013. This year, MWC had more spotlights on Wearable Gadgets; properly the OEMs wanna “hit” the spot before Apple or Google announced their HOT demand products in 2014. I personally look for to those before buying my own “wearable” for health purpose this year.

What was the best product that you feel for the MWC 2014? Which one do you consider buying for yourself?

Awesome Gift Ideas for Father's Day: Show Your Thanks For Dad with a Kindle He'll Love