Many rumors have spread throughout the webosphere in regards to Amazonís plans of launching their own smartphone or even a smartphone line. In fact, many of the Amazon Kindle smartphone rumors center around the creation of a Kindle based model.

Recently a report was leaked from a Taiwanese supplier, Primax Electronics that orders are being fulfilled for a 2014 release. Many tech bloggers have reported speculation around this topic, with various sources cited to support these rumors, so it seems that it may actually be true, though mums the word over at the Amazon camp.

Amazon has made only one comment to date in regards to this issue, and that was to respond to rumors that they phone may be free, to which Amazon said, no way! 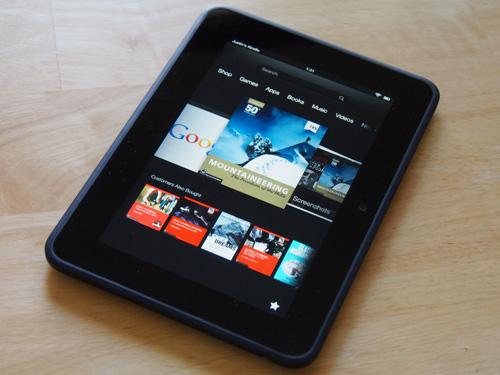 Sources report that that Primax Electronics is working on orders from Amazon for compact camera modules (CCM) used in smartphones.

There has been mention of floating point technology, as well, which means that these models of smartphones from Amazon will have be equipped with a motion sensing capability that will allow the user to interact with the phone without touching the screen.

According to Toms Hardware website, HTC is going to be the manufacturer of these models and that development is in advanced stages.

And, if past Kindle smartphone rumors prove to be true, the models will come with 4 cameras for the motion sensing/3D aspect, and a front camera for video chat and one on the back for taking photos.

More speculation abounds that these phones will use a version of the Kindle Fire operating system called ìMojo, thatís highlight features include, a native VPN client and device management API, all of which means that these phones can be used in a BYOD environment, just like the Kindle models.

If, these Amazon smartphone rumors are true, and it certainly seems that something is a brew then this will be a product that will surely appeal to a lot of people. It will eliminate the need to carry a Kindle and a phone, and knowing Amazon it will prove to be another winning product with a lot of appeal.

Amazons 2014 Smartphone Rumored To Feature 3D Gestures And Eye Tracking There have been rumors that Amazon is planning to launch a smartphone of their own come 2014 and according to a recent report at Ubergizmo.

These 3D gestures, discussed in the above article, are really interesting, and unique. Not surprising, as Amazon is trying to compete in a very crowded smartphone market. The new Kindle Phone has to be great and steal some market share.

BGR says this well. The best things in life are free and they apparently don’t include an Amazon smartphone. In a followup to a report from last week, Jessica Lessin and Amir Efrati talked with an Amazon spokesperson who flatly denied that. “Rumors of an Amazon phone have been around for a long time now but the company has never shown any definitive indication that it plans to expand its consumer electronics business beyond its Kindle eReaders and tablets.”

AfterDawn has some interesting findings. Yet another report has surfaced that Amazon is preparing to launch a Kindle smartphone in the Q2 2014. The new report gives credence to previous rumors that the Kindle smartphone will have four front-facing cameras allowing for 3D rendering and also motion control without needing to touch the screen. The other two cameras will be the standard front and rear for pictures and video chat. Amazon is said to be working with HTC to build the upcoming devices.

Given many online rumors talk about 3D rendering and motion control features included on the upcoming Kindle Smartphone, it makes me very excited to looking forward to the Amazon innovation. Kindle Fire has been my favorite Entrainment Tablet. I know Amazon has a big agenda and interest to get you hook with their e-commerence anywhere you go. Also they could subside their phone cost and get you tie to their content ecosystem like Kindle books, Apps, and Magazines on the go. It would be very interesting to see how to play the price war and win the user base once it’s launched in 2014.

The Best Apple iPad 9.7 (2017) Cases and Covers for Every Unique Individual