MWC 2014 day 1 had a fine kick off and besides the opening address by Mark Zuckerberg, two new tablets were announced and plenty of new smartphones.

Since a somewhat disappointing launch last year of the Lenovo YOGA tablets that were not impressive in their feature set, they come back this year at MWC in Barcelona, Spain, with an upgraded model, the new, YOGA Tablet 10 HD+, which keeps the good stuff from the previous model and adds some extras. 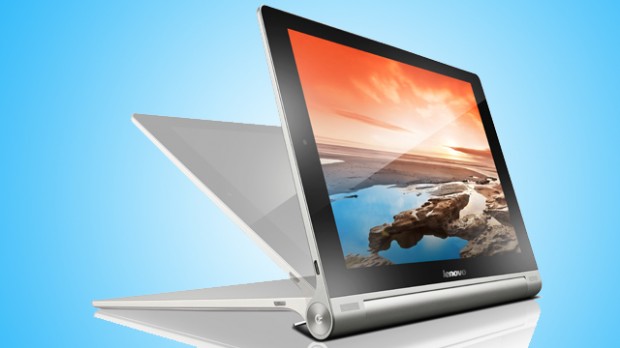 One interesting features of this tablet is Lenovoís exclusive, “DOit” suite that features three apps to share, secure and sync the tablet.

The YOGA 10 HD+ is slotted for sales at the start of April and will cost $350 and will come in both Wi-Fi and 3G versions, but the 3G models will not be sold in the United States.

Dubbed by the pros at the MWC 2014 expo to be the world’s lightest and slimmest’ tablet, this one has the potential to become a big hit with users.

One interesting feature of this tablet is that it is waterproof. It is also said to be very slim and lightweight measuring in at only 6.4mm and weighing a mere 426 grams. And, those models with LTE and 3G will weigh slightly more at 439 grams.

In the video above the new Xperia Z2 tablet looks like a really great product, with a sleek design, a large screen and very high resolution images.

A powerful processor is on board, the Snapdragon 801 with 2.3GHz quad-core Krait CPU and an Adreno 330GPU.

The screen size is 10.1î with a full HD resolution and features ‘Triluminous’ display technology that Sonyís television sets have. This technology provides users with brighter and bolder colors.

Stand by for more MWC 2014 tablet news when brands, such as, Huawei and LG announce their new tablets this week.

Interesting, CNET says to expect Samsung to announce a new line of their Galaxy Tab 2 Android tablets later on at the WTC event.

What’s new from MWC 2014? How about cutting-edge tablets, smartwatches, and smartphones from Lenovo, LG, and Samsung.

Along with a new flagship phone, Sony has raised the curtain on a new high-end tablet at Mobile World Congress. Like previous Sony designs, the Xperia Z2 T… by Michael Crider in News, Sony, Xperia Z2 Tablet. … This is a no-brainer. After about 15 tablets from the low-end to the top-end I stuck with the XTZ since the day it became available here. Want, now. mlj11 … godutch. on your lap but the original tablet z I could easily lay on my back and hold it with one hand. Read more …

Alcatel has debuted yet another device these days, at MWC 2014, the OneTouch Pop 7S tablet, that’s shown below. It comes with 4G … Under the hood there’s a quad core 1.2 GHz CPU, probably a Qualcomm one. Read more …

Love the color selection available with the new Qualcomm OneTouch Pop 7S tablet and it comes with 4g connectivity!

MWC 2014 Day 1 was exciting with the Sony Xperia Z2 tablet announcement. It’s thin and water-proof. It’s a high-end Android 4.4 tablet for all Sony fans. The tablet hardware spec war has been heating up even further this year. I’m looking forward to all the surprise and innovation next MWC days.

Awesome Kindle Gift Ideas for Your Wife for Valentine's Day 2018