This years tablets at CES put on quite a show as they showcased some of the most innovative technology to date. From pure tablets and hybrids to inventive accessories that go with them consumers were floored by the advanced look and function of these latest offerings. It was also interesting to see that along with veteran companies like Dell, newcomers also made their mark and had some of the more unique, cutting-edge devices on display. Here’s a round up of what was on display, including the CES 2015 tablet of the year.

A Sea of CES 2015 Tablets – Innovative and Competitive 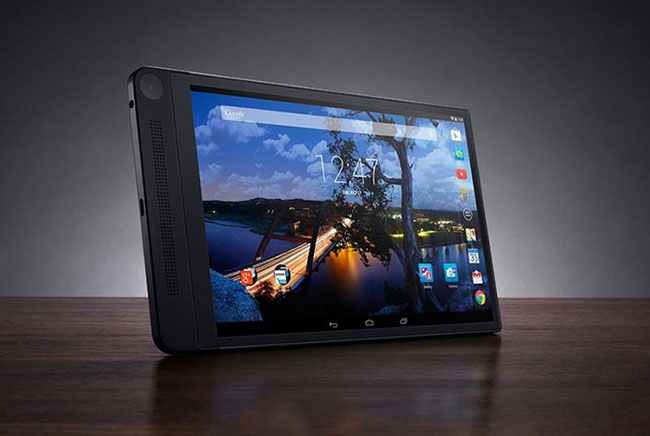 Credit by: The Verge

This Android-based tablet was being praised from consumers and writers thanks to high-grade engineering and a polished look. Dell has been a long-standing giant in the computer world so it’s no surprise they engineered the slimmest tablet to date. It weighs just 0.24″ and is extremely thin, yet rigid so it feels stable and solid in your hand despite it’s weight. The screen measures 8.4″ and has 2,560 x 1,600 pixels for stunning color and clarity.

It is fitted with a 2.3GHz Intel processor, 16GB of storage and a microSD slot that slides into the side like a SIM card, so it’s fast and efficient. If that wasn’t enough it is jam packed with extras users will love, starting with a 2 megapixel front camera and 3 (yes 3) rear facing cameras: one primary 8 megapixel camera and 2 companion camera’s for use with Intel’s RealSense. RealSense lets you “stitch together” multiple image angles and fill in areas for 3D imagery and other focus-type tricks. 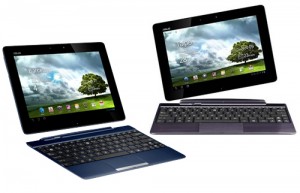 The Transformer Series from Asus is a work of art as it is more PC than tablet, making it a high-performance machine packed in a sleek, compact package. It has a detachable keyboard that is thn and solid, so you can type with ease and you’ll want to once you see how smooth it runs. This tablet operates on the full Windows 8.1 program, not an abbreviated version like most phones or tablets do, so it functions like an actual PC tower and gives you a true computer experience on-the-go.

The T100TATM model has a 10.1″ screen, 2GB of RAM and an Intel Atom processor, so businessman, students or anyone who needs to can type letters, essay, spreadsheets and more easily anywhere at any time. Plus, it’s also affordable, costing just under $350, making it budget and user friendly. in my opinion this is the best value for your money if you need or want the full PC experience when your away from home. 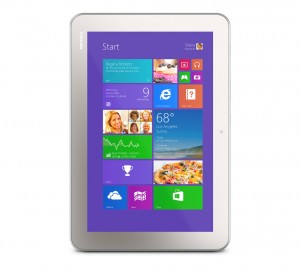 Toshiba’s Encore 2 Write tablet series left consumers at CES all excited over pen technology, something that was thought t be a thing of the past thanks to touchscreen technology. The Encore series comes in 8″ or 10.1″ models, both of which have Intel Atom Z3735F processor, 1,280×800 resolution, 2GB of RAM and 64GB of storage. More importantly they both use TruePen technology. Toshiba created a pressure sensitive stylus that lets you write as if you were writing on paper. TruePen works with several apps, including TruNote, TruCapture and TruRecorder.

TruNote lets you write notes in the margins of documents, TruCapture resizes and sharpens any photo you take and makes it compatible to use with TruNote and TruRecorder records and recognizes individual voices on separate tracks so you can listen to just the parts of a business meeting or lecture that you need. Truly impressive, innovative technology and the tablets will only cost you $349 and $399, a worthwhile investment.

Lenovo is trying to break in with Yoga Tab 2 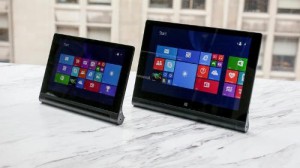 Lenovo’s Yoga Tab 2 is also a tablet that relies on pen technology, proving this is more than just a passing trend: The Yoga Tab 2, featuring AnyPen technology does not require a specialized stylus, which is what makes it so unique. AnyPen technology means you can use any pen or metal based object to write, scroll or draw on screen. In fact, Lenovo suggests using an actual ballpoint pen to get the best results ans swears it does no damage to the surface. It sounds strange but users say it;s ture and works really well, making this the strangest, most intriguing entry yet.

Jide’s Remix Ultra tablet was a real head turner from a relatively new company. Jide is compromised of 3 former Google employees who designed a Surface style tablet that is more reasonably priced but works just as good. The tablet runs on Remix OS, which is a tailored version of Google’s operating system (no surprise there). What is surprising is the high-quality, never before used engineering that was employed to create the shell and body.

For the 1st time a a mix of plastic and metal was fused together to make a ultra slim, super light device. Just as impressive is that it has multi-window supports you access by tapping the Jide logo. It has an 11.6″ HD screen, 2GB of RAM and a 5 megapixel camera along with a kickstand that allows you to stand it upright at 40 or 80°. Jide thought of everything, including making it reasonably priced at just $349. 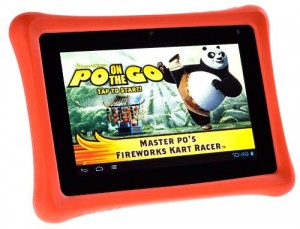 The Fuhu Nabi Big Tab XL they call this the tablet on steroids for good reason: this “tablet” measures 65″, so it looks more like a smart TV. However, it is considered a full-fledged tablet thanks to it’s Android 5.0 software and massive touch screen. It is powered with a next-generation quad-core 2.3Ghz Nvidia Tegra X1 processor. There are parental controls built in and there are plans to make it in smaller sizes, just not actual tablet size.

Hidesense’s Sero Pro 8 is another interesting addition to the tablet world. It has a solid metal shell and sports a 2,048 x 1,536 display for like-like imagery no matter what your viewing. This is the new version of the Sero 7Pro which was a big success and a great price last year when it came to the U.S. Odds are this one will be releases state-side some time this year, giving consumers yet another reasonably priced option.

As you can see, agreed with other sources, while the Dell 8 7000 is the CES 2015 tablet of the year, there are plenty of equally great devices to choose from, making this a great year all-around for the tablet.

Get an Amazing Deal on a Kindle this Black Friday and Cyber Monday 2015! Honest Kindle Reviews