With the wearable device craze taking a stronghold of this year’s CES laptops and tablets aren’t as prominent as they once were, but they still have an impact. While there aren’t as many jaw-dropping devices as in years past there are still plenty of great offering from a diverse group of companies. The CES tablet trend seems to be an eclectic mix of new gadgets from veterans like Dell combined with budget friendly devices from up and coming companies trying to make a mark in this field. Here are the highlights of what we have seen so far.

Among the new names entering the tablet/PC category is Lenovo, a big name in electronics and TV’s that is expanding into this field. Lenovo came out strong at CES by unveiling several new tablets and PC’s that were impressive in both looks and functionality. Their devices appear to be cutting-edge and packed with features consumers can appreciate.

In the tablet category Lenovo showed off it’s Yoga series, featuring the Yoga 2 with AnyPen. This tablet stands out because of it’s unique and unprecedented pen technology. As ZD Net reported the Yoga 2 does not use a traditional stylus to write: instead an actual ball-point pen is required to write on-screen. While that idea seems strange, Lenovo insists i is the best way to accurately write as opposed to a stylus or your hand. The tablet runs on Windows 8.1 with a 1.8g GHz Intel Atom quad-core processor and 2 GB of RAM. 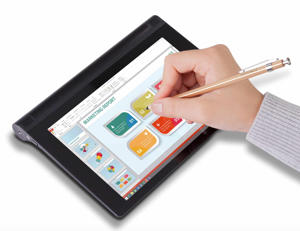 In the PC department Lenovo also impressed with their La Vie Z laptop. You can get the traditional laptop (which weighs 1.7 pounds) or the hybrid version (weighing 2.05 pounds), both of which are just 13″ and among the lightest laptops on the market. Their lighter-than-air feel is the result of using a magnesium-lithium chassis, which is just as strong as traditional magnesium/alloy casings, but weighs about half as much. Both versions have 5th generation Intel iCore processors, with the laptop having an i5 and the hybrid going up to an i7.

Dell is one of the oldest and most successful computer and tablet makers so it’s no surprise that they also unveiled a new line of sleek, multi-faceted devices. They announced that they will be unveiling new products in the Inspiron, Alienware, Venue and XPS families that feature high-tech features such as 4K HD touch displays, improved graphics and increased power.

Among Dell’s most notable new offerings are it’s Venue 8 7000 Series tablet and the Dell XPS 13. The Venue 8 is considered to be an elite tablet and a true pioneer in the field as it is full of “firsts” in it’s category. It is the 1st tablet that is equipped with an Intel® RealSenseTM Snapshot Depth camera, giving users 3D scanning capabilities, facial recognition access, emotion tracking and more for a truly interactive experience. It is also being recognized as the world’s thinnest tablet, a real plus for users as it makes it easy to carry around. 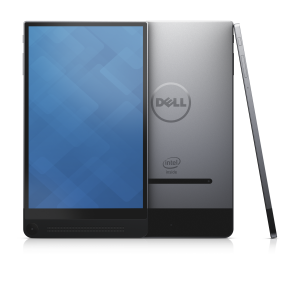 The XPS 13 is also quite impressive, as Dell is calling it the “world’s smallest 13” tablet” according to Cnet. It’s size was achieved through research and the use of new materials, making it lighter, slimmer and more compact than other 13″ tablets. It also sports a 5.2mm bezel to border the screen.

HP Pavillion, another veteran in the world of PC’s, unveiled 2 new devices as well: miniature desktop computers called the Pavillion Mini and the Stream Mini. While companies like Roku and Chromecast have taken over this market HP feels their is still room for improvement.

The Paviliion Mini is packed with power and can be hooked up to a TV, video screen or any other type of screen. It is just 5.7″ square and 2″ in depth, but comes with an Intel Celeron processor that can be upgraded if need be. The Mini also has a 500 GB hard drive and 4 GB of memory. 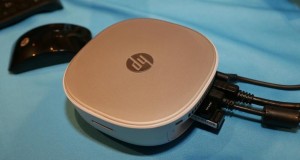 The Stream is similar to the Mini, but worth fewer bells and whistles to make it more affordable. It does not have a hard drive and is Cloud based, so you get a 32 GB SSD and only 2 GB of RAM. However, it does have all the necessary connections and can be used with any compatible screen. 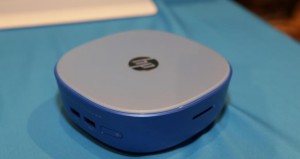 As we saw on day 1 the CES tablet trends may not be as prevalent as it once was, but it is still extremely powerful. The tablets and laptops being shown are top-quality and come in various sizes and prices, making them a great choice for consumers from all walks of life. Whatever your needs may be, whether it’s business or gaming, odds are there is a tablet or PC that’s perfect for you.